Here are six factors, according to Mike Green of Greenbuilt Security, to think about:

1. What kind of camera is best? Some cameras record events triggered by motion; others continually record.

The drawback with so-called event-driven cameras is they often get activated by storms or something harmless, so there can be a lot of false alarms, and the view is often limited to a certain zone within several feet of the camera. The recording time is also limited. Event-recording cameras are for places where the weather can’t trigger them and where the wrong person shouldn’t be – like in a garage, Green said.

The advantage of a continually recording camera is it can offer a wider view, so it can capture the burglar when he pulls up across the street a half block away and before he puts on his mask. You get more information with a continual recording, and it’s the kind that is helpful to police because, for example, it might provide a vehicle description.

The system isn’t so much designed to stop criminal activity as it is occurring as it is to record evidence that can be used to catch a serial burglar and bring him to justice. Still, the presence of live cameras or even dummy cameras can help to deter a thief who thinks he’s being recorded, Green said.

9 New Products for Surveillance – Even a Few Body Cameras 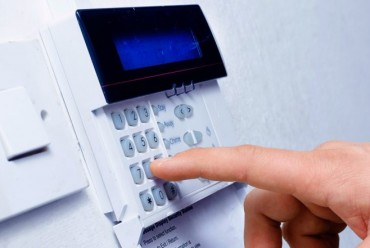